germanvictims.com - …The Teutons (German-white man core also called the Nordic Tribes) lived almost all over the world and wherever the Teuton lived, he was the ruler until he racially intermixed. When he mixed with other races, instead of keeping himself separate as the ruling class, he was eventually decimated through trickery and heathen masses. The Teuton was considered a God-man by all the other tribes and chosen by God according to his own ancient Teutonic history and mythology; the Germanic tribes claimed a God-like King called Jesus Kristus, originally called Esus Kristus. There were 12 Teutonic tribes called the tribes of Israel. “Israel” is a German word. Now you will find the Jews claiming the 12 tribes and flying the flag with the 12 stars. Total deception! 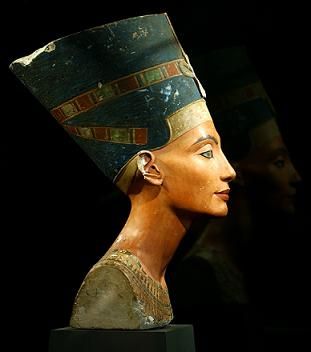 Palestine Belongs to us Germans!

We could say that! But we do not want it! Just like the Jews, we could claim it because we lived there EVEN BEFORE THE JEWS CAME OUT OF EGYPT, waged war against us and annihilated most of our tribes. (also refer to related information: Kalweit, Spanuth on the Nordic tribes that migrated to Palestine). And we could claim it because according to our ancient German writings, the “Edda,” we are God’s chosen children. The Egyptians were ruled by the Teutons; that means the Jews were slaves to the white ruling class in Egypt before the Hebrews “came out of Egypt.” But, apparently, through trusting other tribes too much, such as depicted in Esther’s story in the Bible, the foolish King, who was most likely of the Teutons as the rulers were in Egypt, was bewitched by the deceptive woman and killed his trusted servants. With such methods and similar ones, the Teutonic tribes were eventually decimated and driven out.  This is the inborn weakness of the white man, he does not generally recognize cunning as that is not his nature. Though he once was the ruler over most of the earth, he has been decimated to about 9% of the earth’s population.

The great Egyptian pyramids (not the small ones) were not conceived and constructed by Egyptians, but by the white man. For example, ancient writings, called Runen, of our forefathers, the Teutons, have been found in a 25,000-year old pyramid in Bosnia. (English / French video below). There are tens of thousands of sealed pyramids all over the world, including Germany, and it is forbidden to open them in many places, and also in Germany under their Bolshevik government. Why? Because proof of our proto-Germanic history, the true history of the white man, would come to the forefront and expose the historic lies? Indeed! I wonder… are “they” secretly robbing these pyramids of their artifacts while we are prevented from excavating?

Wherever the  white Teutonic man lived in the world, he was the ruler until he racially intermixed. When he mixed with other races, he was eventually decimated by the heathen masses or became extinct. The white man was considered a God-man by all the other tribes and chosen by God according to his own ancient Teutonic mythology (Edda); the German tribes claimed a God-like King called Jesus Kristus, originally called Esus Kristus. There were 12 German tribes called the tribes of Israel. “Israel” is a German word.

After the Teutons were decimated by the Jews in Palestine, the Jews usurped the ancient mythology and history of the Teutons  and made it their own. Instead of the white man, the Jews then called themselves “the chosen children of God”, perverted the honorable and godly history of the white man to suit their heathen believes and their quest to conquer and kill all other tribes.  They created the Old Testament out of it and made the Teutonic King Jesus Kristus into a Jew who gives us contradictory messages. While the white man is kept busy figuring out the mixed messages in the bible for thousands of years now, the Jews live by the Old Testament and the Talmud where they claim that they are “God’s chosen” and are to kill all the other tribes and take on world rulership, which they now have pretty much accomplished. According to the Talmud, they can cheat us, lie to us, defame us, and murder us, because we are not worth living. The  only problem is, the Jews created the whole twisted Bible story out of the Germanic mythology. Is it a wonder they want to eliminate the witness to their fraud?

This godly Teutonic king might have been born way before the New Testament claims Jesus Christ to be born, or he might have been born at that time. King David in the OT was a German king.  Some of the psalms are completely Teutonic. But much of the OT is Jewish heathen thinking. The Germanic base of the Old Testament has been established from the scriptures found in ancient historical writings in Persia, Egypt and India, where they preserved the history of the white man who had invaded their land and ruled it. All the “Indian” Vedas are Germanic in their origin. Nobility comes from the Teutonic race! Indeed, it is the white man who has brought great creativity, intelligence, culture, and innate wisdom to most of the world in ancient times!

The problem with the white men is, and always has been, that by instigation of a third party they always kill each other; in other words, they trust the instigators more than their blood brothers. The British kill the Germans, the Americans kill the British and the Germans, the British the Americans, The white Russians killed the white Russians, the French go after all of them, and so on until there are hardly any left of us.

It is clear from our ancient writings, that the white people are God’s chosen and they were to teach and lead the other races. And if there was ever any land promised to anyone, it was promised to us Ayans.