…No, there is only one holiest human right, and this right is at the same time the holiest obligation, namely: to make sure that the blood is kept pure and, by preserving the best humanity, to create the possibility of a nobler development of these beings. II:2… 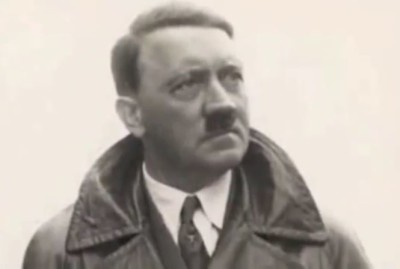 All occurrences in world history are merely an expression of the racial instinct for self-preservation, in a good or bad sense.

The inner nature of peoples always determines the way in which outward influences will have an effect. What leads one to starvation will train others for hard work. I:11

That which is not of good race in this world is chaff. I:11

. . . The racialist world view finds the importance of mankind in its basic racial elements. On principle it views the state as but a means to an end and conceives that end to be the racial existence of man. Thus, by no means does it believe in the equality of the races, but along with their difference it recognizes their higher and lesser value and feels itself obligated, through this knowledge, to promote the victory of the better and stronger, and demand the subordination of the inferior and weaker in accordance with the eternal Will that dominates this universe. Thus, on principle, it embraces the basic aristocratic idea of Nature and believes in the validity of this law down to the last individual. . . . It believes in the necessity of an idealization of mankind, which in turn it sees the sole premise for the existence of mankind. But it cannot grant the right to existence even to an ethical idea if this idea represents a danger for the racial life of the bearers of a higher ethic; for in a bastardized and negrified world all concepts of the humanly beautiful and sublime, as well as all ideas of an idealized future for mankind, would be lost forever. II:2

Everything on this Earth is capable of improvement. Every defeat can become the father of a subsequent victory, every lost war the cause of a later resurgence, every hardship the fertilization of human energy; and from every oppression the forces for a new spiritual rebirth can come—as long as the blood is kept pure. I:11

The Germanic inhabitant of the American continent, who has remained racially pure and unmixed, rose to become master of the same; he will remain master as long as he does not fall victim to defilement of the blood. I:11

Sin against the blood and against the race is the original sin in this world and the end of a humanity which surrenders to it. I:10

No, there is only one holiest human right, and this right is at the same time the holiest obligation, namely: to make sure that the blood is kept pure and, by preserving the best humanity, to create the possibility of a nobler development of these beings. II:2

A racial state must therefore begin by raising marriage from the level of a continuous defilement of the race, and give it the consecration of an institution which is called upon to produce images of the Lord and not monstrosities halfway between man and ape. II:2

For the will of God gave men their form, their being and their abilities. He who destroys His work declares war upon the creation of the Lord and upon the divine Will. II:10

He who dares to lay hands upon the highest image of the Lord blasphemes against the benevolent creator of this miracle and contributes to the expulsion from paradise. II:1

source: The Words of Hitler

This entry was posted in German culture-Deutsche Kultur, Race Rasse and tagged Speeches. Bookmark the permalink.