When is this mass murderer, Jew Henry Kissinger, going to croak?

I hate to put the picture up of such an ugly man, but he must be recognized by younger generations as one of the devils of the International Criminal Gang: 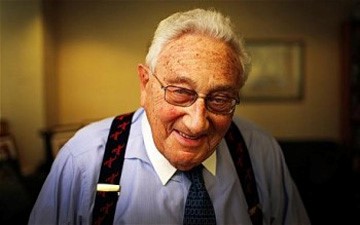 WHAT I SUSPECT ABOUT THIS ‘WAR’ BETWEEN RUSSIA AND THE USA BEING PLANNED IS JUST A WAY FOR THE JEWS OF BOTH COUNTRIES TO KILL MORE GENTILES AND TAKE THEIR PROPERTY, OCCUPY, RAPE, AND DESTROY AND SUBJUGATE ANOTHER COUNTRY TO THE JEW MASTERS. PUTIN ET ALL WILL BE HIDING IN A RESORT SOMEWHERE IN ANOTHER COUNTRY AND DRINKING CHAMPAGNE. IN OTHER WORDS, BOTH COUNTRIES ARE MANAGED BY THE SAME INTERNATIONAL CRIMINAL GANG. THEY ARE ALWAYS LYING AND PLAYING A GAME WITH US. AND THE DEATH IS FOR US. THEY LAUGH WHILE THE REST OF THE WORLD BLEEDS.

When he says “us” he does not mean the U.S.A. He means the Jews!

Henry Kissinger: “If You Can’t Hear the Drums of War You Must Be Deaf”

Henry Kissinger, the most famous living practitioner of international statecraft.

NEW YORK – USA – In a remarkable admission by former Nixon era Secretary of State, Henry Kissinger, reveals what is happening at the moment in the world and particularly the Middle East.

Speaking from his luxurious Manhattan apartment, the elder statesman, who will be 89 in May, is all too forward with his analysis of the current situation in the world forum of Geo-politics and economics.

“The United States is baiting China and Russia, and the final nail in the coffin will be Iran, which is, of course, the main target of Israel. We have allowed China to increase their military strength and Russia to recover from Sovietization, to give them a false sense of bravado, this will create an all together faster demise for them. We’re like the sharp shooter daring the noob to pick up the gun, and when they try, it’s bang bang. The coming war will be so severe that only one superpower can win, and that’s us folks. This is why the EU is in such a hurry to form a complete superstate because they know what is coming, and to survive, Europe will have to be one whole cohesive state. Their urgency tells me that they know full well that the big showdown is upon us. O how I have dreamed of this delightful moment.”

Mr Kissinger then added: “If you are an ordinary person, then you can prepare yourself for war by moving to the countryside and building a farm, but you must take guns with you, as the hordes of starving will be roaming. Also, even though the elite will have their safe havens and specialist shelters, they must be just as careful during the war as the ordinary civilians, because their shelters can still be compromised.”

After pausing for a few minutes to collect his thoughts, Mr Kissinger, carried on: “We told the military that we would have to take over seven Middle Eastern countries for their resources and they have nearly completed their job. We all know what I think of the military, but I have to say they have obeyed orders superfluously this time. It is just that last stepping stone, i.e. Iran which will really tip the balance. How long can China and Russia stand by and watch America clean up? The great Russian bear and Chinese sickle will be roused from their slumber and this is when Israel will have to fight with all its might and weapons to kill as many Arabs as it can. Hopefully if all goes well, half the Middle East will be Israeli. Our young have been trained well for the last decade or so on combat console games, it was interesting to see the new Call of Duty Modern Warfare 3 game, which mirrors exactly what is to come in the near future with its predictive programming. Our young, in the US and West, are prepared because they have been programmed to be good soldiers, cannon fodder, and when they will be ordered to go out into the streets and fight those crazy Chins and Russkies, they will obey their orders. Out of the ashes we shall build a new society, a new world order; there will only be one superpower left, and that one will be the global government that wins. Don’t forget, the United States, has the best weapons, we have stuff that no other nation has, and we will introduce those weapons to the world when the time is right.”

End of interview. Our reporter is ushered out of the room by Kissinger’s minder.